Pictures! Of the house!

I found my card reader, yay! It was hiding in my purse all along.

I also have a few before-and-after pics, but since the trim isn't painted yet and the carpet isn't lifted in the living and dining rooms, they're still technically before-and-during pics. The closest thing to an "after" pic is the bedroom, since I have painted the window trim, so in these views it looks like it's all finished! 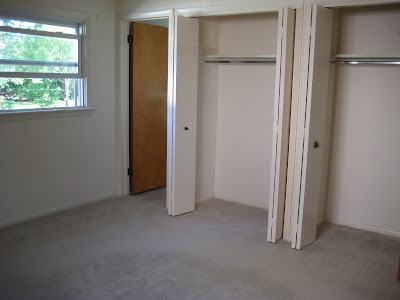 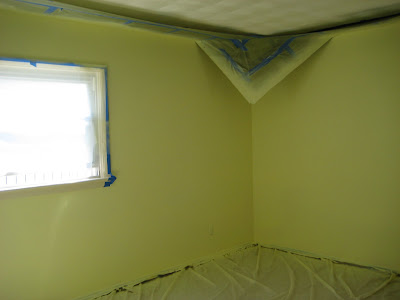 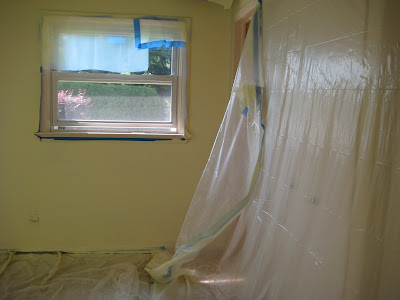 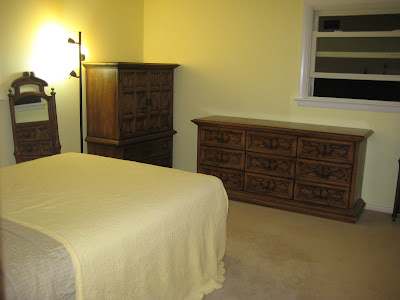 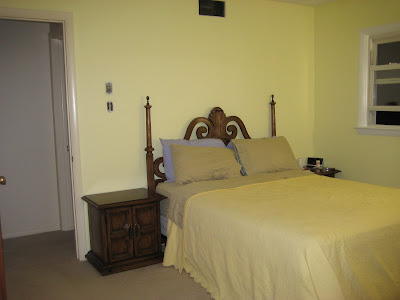 I love the furniture! It was my grandparents' so it's all super solid and heavy. It will probably last forever. All we need now is to install the blinds and curtains I bought...might happen this weekend! Also, now that too-bright ugly floor lamp is gone and I have my old Ikea bedroom table lamp, which matches the room and the furniture so perfectly. I thought I had taken a picture of that, but I guess not.

And here's the living room before: 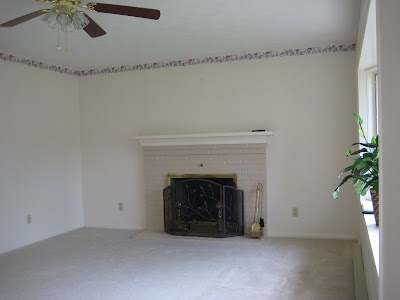 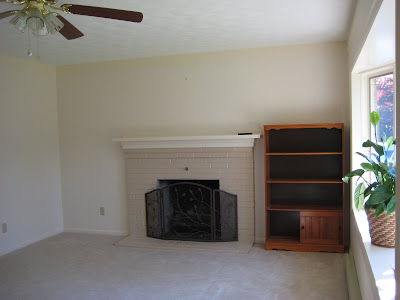 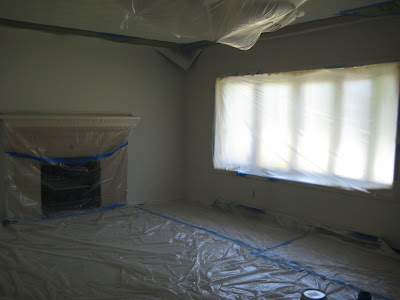 and After, but with the trim not yet painted and the carpet still down, and no decorations or pictures on the walls yet: 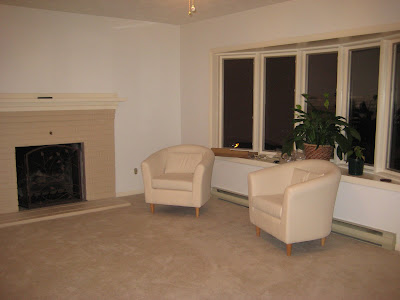 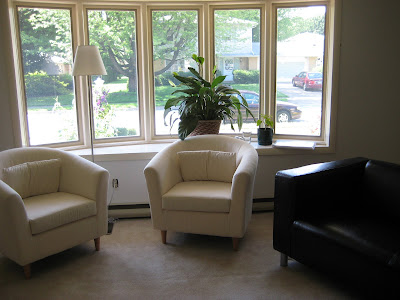 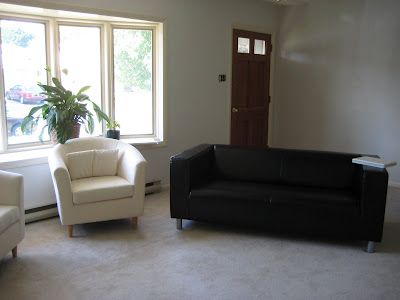 The dining room is more obviously not finished until that chair rail (and window trim) is painted white so it really pops out and emphasizes the light grey and light greyish-brown, but even with just the wallpaper down it's a HUGE and drastic improvement: 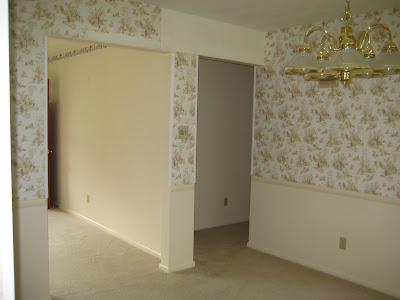 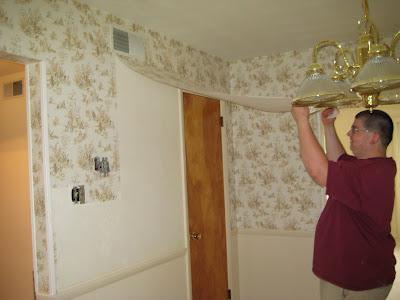 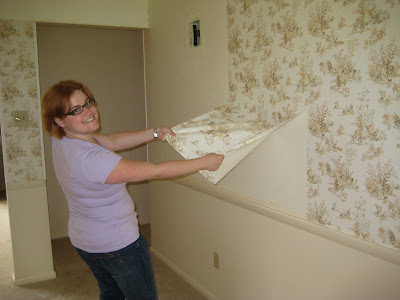 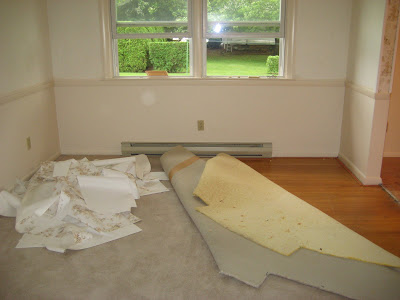 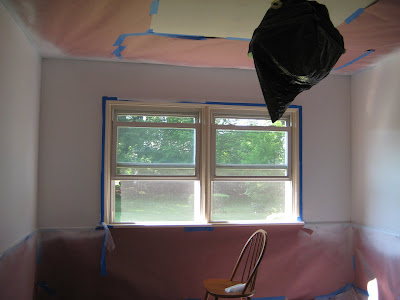 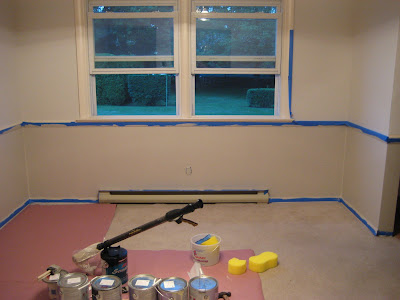 So there you have it. I have a few other pictures, but these are the main before-and-after-ish pics so far. What do you think?

In other news, we had our final apartment inspection yesterday, and we got our full security deposit back. The landlord had been weird about some things, so we were worried he was going to keep some of it, but he didn't, so yay! We are REALLY feeling like homeowners now. Our first bi-weekly mortgage payment was automatically debited from our account on Monday! Only 26 years to go... (actually we're hoping to up the bi-weekly amount and get it down to 20ish years...ZOMG)
by PeaceLoveMath at 12:17 PM

Email ThisBlogThis!Share to TwitterShare to FacebookShare to Pinterest
Labels: house